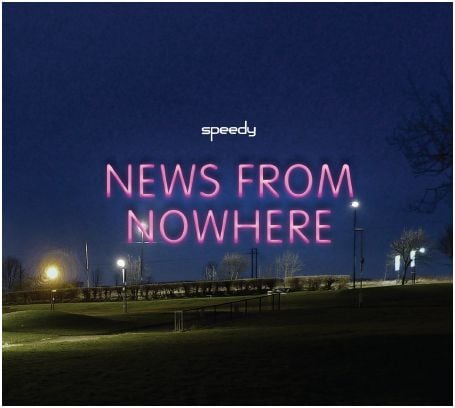 Formed in 1993 from the twisted remains of Sheffield’s stylophone-toting, love bitten anti-heroes Blammo, they were as much a part of the city’s scene as Pulp, Longpigs and Henderson’s Relish. But, in an all too familiar story, the “relentless touring on a diet of amphetamine, beer and chips, a radio 1 single of the week and appearing on any two-bit national and regional TV show that would have them...” wasn’t enough. Speedy were chewed up by the industry before their debut album had so much as been lifted from the studio’s tape machine (“and, yes kids, tape really did used to exist!”)

Their debut album ‘News From Nowhere’ is the Britpop gem that never got the chance to see the light of day, after being permanently shelved – leading the band to split and disappear after a few well received singles. But, a mere 17 years later than originally scheduled (!), the album is getting its long overdue release on April 7th.